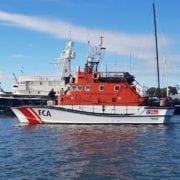 Spirit of Tayside / Danial Thain, she served on the cold and grey waters of the River Tay for more than 20 years. She now serves all future Australian Mariners as ECA Maritime College Training Vessel. 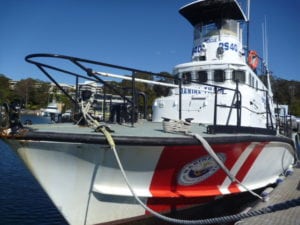 Now, after saving dozens of lives and playing a crucial role in the RNLI’s operations in the North Sea, a former Broughty Ferry lifeboat is finally getting to enjoy a well-earned retirement 9,000 miles away Down Under.

The Arun-class Spirit of Tayside, now known as the Daniel Thain, originally came to Dundee in 1978 and spent more than 20 years serving the people of the north east.

From there she went to Port Stephe 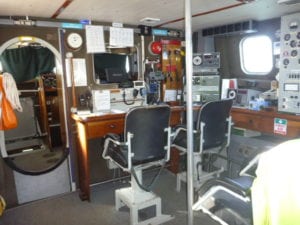 ns, a small town 150 miles north of Sydney, where hot, sunny days are more frequent than cold, rainy ones and rescuing a stranded surfer will be more likely than saving stricken fishermen.

But having spent about 15 years in more exotic climes, it looks like almost 40 years of service will soon come to an end.

Dave Martin, operations manager at the Broughty Ferry station, said: “She has been very busy in Australia, but I’ve heard that she may finally be going into retirement.”

He told the Tele that “she was a really great boat,” but things weren’t always smooth sailing.

“Shortly after entering service the boat was knocked over twice on the way to St Andrews Bay,” said Mr Martin.

“There were a few people hurt, but this didn’t put people off. We knew she was a really sturdy boat, that was safe and could go anywhere.” 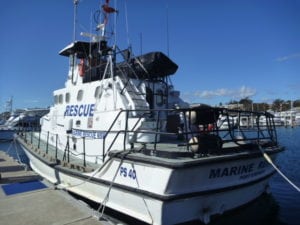 John Jack, who was a former coxswain on the boat, also recalled the times the boat was knocked over.

He said: “These boats can’t capsize but on one occasion we were as far over as we could go.

“The second coxswain broke his ankle.

“I ended up in plaster too and we thought we lost someone, but in the end, thankfully, everyone was fine.

“That one bad incident can’t take away the fact she was a very good boat.”

Mr Jack said the boat was regularly in service and attended a wide variety of call-outs.

“She would tend to deal with pleasure boats, but commercial vehicles weren’t unheard of too,” said Mr Jack.

“A few times we had to search for aircraft that came down from Leuchars and on one occasion I remember she was used to recover a pilot’s body.”

As one of the first Arun-class lifeboats to come to the station, The Spirit of Tayside was eventually replaced by a new 1.2 million vessel named Elizabeth of Glamis, after the Queen Mother, who had been patron of the RNLI from 1937 until her death in 2002.

Mr Martin remembers the day she set sail for Poole, before heading on to Australia, and described it as “very emotional”.

He said: “When she left, lots of families came down to the jetty to say their goodbyes.

“After she had been revamped down south and was getting ready to go to Australia a few of us were able to head down to Poole, with our kilts at the ready.

“There are still a few of us here in the station who remember her well and have lots of good memories.” 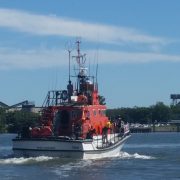 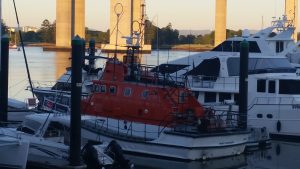 Danial Thain at first light, getting ready for her maiden voyage 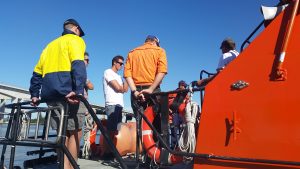 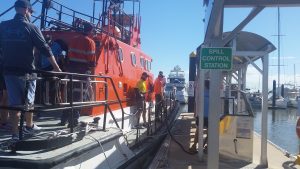 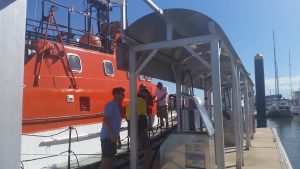 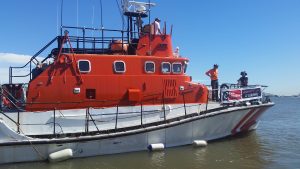 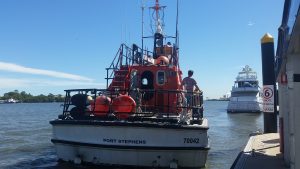 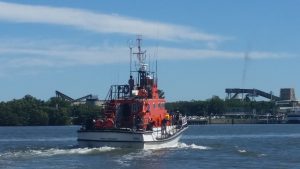 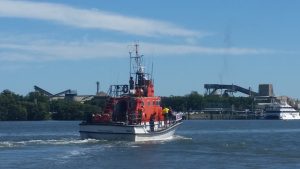